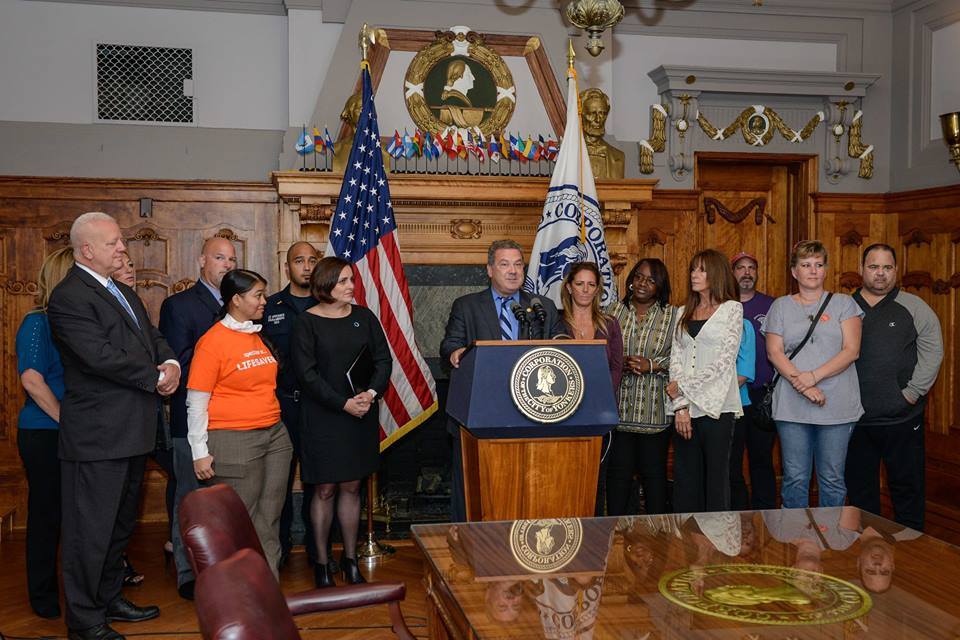 On October 6th, New York broke a national record for the 2nd year in-a-row. In fact, New York exceeded the national record it set last year by nearly 30%. And, it’s not just any record. It is a record that could lead to saving the lives of many.

October 6th was the 2nd annual Organ Donor Enrollment Day. Created and championed by LiveOnNY, Enrollment Day brings together people touched by the organ donation cause as well as businesses, elected officials, hospitals, colleges and more to drive enrollment on the New York State Donate Life Registry. Hundreds participated in the day generating nearly 4,000 hard copy enrollments, as well as great awareness via millions of impressions from coverage across a variety of media outlets. The 4,000 enrollments is the most hard copy enrollments for any single day event in the US, surpassing the record New York set just last year of 3,100. The record enrollments adds another significant success to a year that has seen several pieces of major legislation pass, strong growth in enrollments on the Registry (which is now the 4th fastest growing registry in the country), and, most importantly, notable growth in the number of lives saved via organ donation. This positive momentum equates to even more hope for the nearly 10,000 New Yorkers waiting for an organ transplant.

To learn more about this story, and/or to participate in Organ Donor Enrollment Day in 2017, contact Kristin Ruiz at LiveOnNY at kruiz@liveonny.org.